What are the countries of the LAC region talking about in their reports on the implementation of the SDGs? 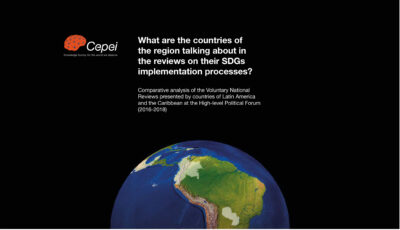 The High Level Political Forum (HLPF) was established by the United Nations Conference on Sustainable Development and is the place where countries present their Voluntary National Reviews (VNR), which result from their review processes of the implementation of the 2030 Agenda at the national level, to the international community. Cepei has analyzed the VNRs presented by countries of Latin America and the Caribbean (LAC) at the HLPF.

This report seeks to answer the question: What elements, and with what intensity, are included by the countries of Latin America and the Caribbean, when they present the advances in their national processes of implementation of the SDGs? Between 2016 and 2018, 19 of the 33 LAC countries have submitted at least one VNR to the
HLPF, but the Caribbean sub-region has lagged behind in this effort.

The balanced treatment of the three dimensions of Sustainable Development is still weak, especially the environmental variable. It is interesting to note how multi-stakeholder work is taken into account in the VNRs, which strive to include work experiences with different stakeholders and expose their involvement in the processes of national examinations to monitor the implementation of the SDGs. On the other hand, the voluntary guidelines for the VNRs proposed by the Secretary General are not taken into account in the due manner by the States when preparing their reports. A lack of continuity between the first and second VNRs can also be seen.

✔ The principles of implementation and monitoring of the Sustainable Development Goals (SDGs) under multi-stakeholder work schemes, and of not leaving no one  behind, are the most mentioned by the VNRs of the LAC countries. On the contrary, the universality of the 2030 Agenda and its base in Human Rights are the ones that have been taken least into account (the latter appears in only a third of the reports).

✔ The reports show limited consideration for policy coherence for development. The matter is only treated explicitly in three of them.

✔ The Paris Agreement is the most referenced international document in the VNRs (16 of them do so). The Addis Ababa Action Agenda and the Sendai Framework for Action are considered in the same number of reports (10). Mentions to regional agreements are scarce and appear in only 4 of the VNRs the LAC countries presented. The most mentioned regional instrument is the Montevideo Consensus. 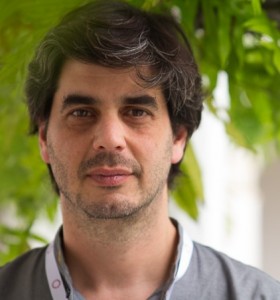