The contribution of colombian companies to the SDGs 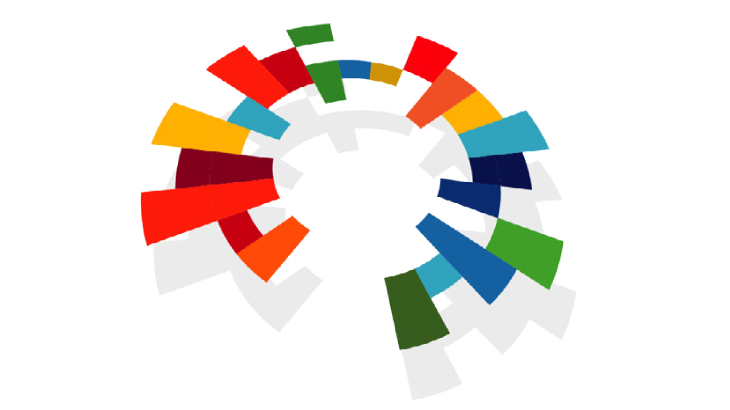 The 2030 Agenda for Sustainable Development is the road map to which 193 countries committed to build a more equitable world and improve the quality of life of all without exception. These objectives set out commitments for different sectors of society, including the contribution of companies to the 17 Sustainable Development Goals (SDGs) associated with the global Agenda.

Taking into account the importance of identifying the main challenges of the companies for the achievement of the SDGs, in 2017, the Chamber of Commerce of Bogota (CCB), the Global Compact Network Colombia, Fundación Bolívar Davivienda and Fundación Corona, joined forces to promote the initiative “Unidos por los ODS: the contribution of our companies”, a project that seeks to measure the contribution of colombian companies to achieve the SDGs. Cepei is the technical operator of the initiative with the support of the World Wildlife Fund (WWF) on environmental issues.

19 large colombian companies that have operations at a national level and together generated an operating income of $93 billion pesos during 2017, participated in this preliminary version of the study providing information for the years 2015, 2016 and 2017: Amarilo, Bavaria, the Chamber of Commerce of Bogota, Cemex, Codensa-Emgensa (Enel Group), Constructora Bolívar, Corona, Davivienda, Ecopetrol, ElectroHuila, Findeter, Holcim, Itaú, Pavco, Postobón, Seguros Bolívar, Telefónica / Movistar, Tigo Une.

🔎 The objective of the Executive Report is to present the preliminary results of the study, which is still under construction and will be published soon. We hope more companies join the initiative!